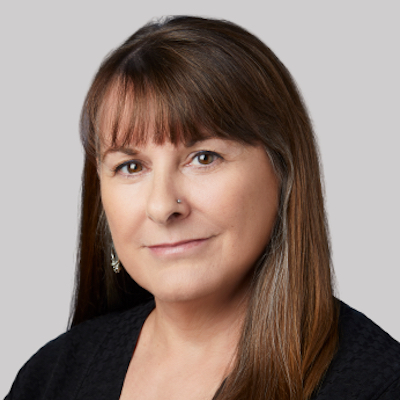 Robbin D. Crabtree, Ph.D., is dean of the LMU Bellarmine College of Liberal Arts. An accomplished teacher and scholar, she is widely published in her areas of scholarly interest: intercultural communication, gender studies, pedagogy, and service-learning. Formerly dean of the College of Arts & Sciences at Fairfield University, Crabtree is respected for her strong commitment to Catholic and Jesuit education. She is also a champion of the practical, inherent, enduring value of a liberal arts education, about which she writes and speaks often.

Prior to her appointment at LMU in 2014, Crabtree was dean of the College of Arts & Sciences at Fairfield University, a position she held for six years. In her 13 years at Fairfield, she also served as inaugural director of the Office of Service Learning, chair of the Communication Department, and as a professor of communication. In 2013, Crabtree was given the Award for Administrative Excellence by the Connecticut ACE Women's Network in recognition of her leadership and mentorship of women students, faculty and emergent leaders.

Crabtree earned her Ph.D. and M.A. degrees in speech communication from the University of Minnesota and her B.A. degree from the University of California at Santa Barbara. Her graduate and doctoral research emphasized comparative mass media, international and development communication and television criticism. She has since developed expertise in service-learning theory and practice, gender studies and pedagogy. Her recent books include "Feminist Pedagogy: Looking Back to Move Forward" (Johns Hopkins University Press, 2009) and "ESL Students in the Public Speaking Classroom" (Bedford/St. Martin's, 2015). Crabtree has published extensively in the journals in her fields, serves on several editorial boards and has been elected to leadership positions in several professional organizations.

An award-winning teacher, Crabtree has taught courses in international and intercultural communication, media studies, and public argument, many of which have been cross-listed with programs in American Studies, Honors, International Studies, Peace and Justice Studies, and Women's Studies. Fairfield's chapter of Alpha Sigma Nu, the National Jesuit Honor Society, named Crabtree Fairfield University's "Teacher of the Year" in 2007. She previously served on the faculties of Fairfield University (2001-14), New Mexico State University (1993-01), and DePauw University (1990-93).

In addition to her teaching and scholarship, Crabtree worked as a current events producer for public radio in Minnesota and in other media production roles. She has worked extensively with nonprofit agencies in volunteer, consulting and community-based research. This includes seven years as a rape crisis advocate and on the board of directors for a sexual trauma recovery and crisis center. She has also served as a as trip leader and member of the Board of Directors for Bridges to Community, Inc., a cross-cultural education, service and development NGO based in New York working extensively in Central America, as well as East Africa and other locales.