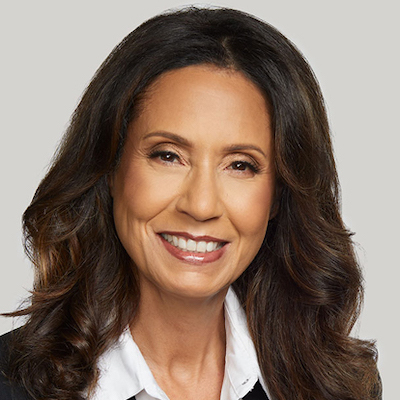 Joanne Moore, J.D., Dean of the LMU School of Film and Television

Moore joins LMU from University of North Carolina School of the Arts, where she served as chair and associate professor of their Producing Department. In her six years at UNCSA she was instrumental in launching interdisciplinary initiatives, recruiting a diverse roster of industry guest speakers, strategic planning, and curriculum development. Moore was a mentor to department faculty and to students in the production field, earning her the Excellence in Teaching Award in 2020 for academic year 2019-20.

Moore is an accomplished executive and producer with nearly two dozen film credits from Showtime, ABC, Nickelodeon, Lionsgate, Universal, Warner Brothers, and other studios. She has shepherded or produced several award-winning projects, including the Academy Award-nominated film “The Hurricane,” starring Denzel Washington while vice president of Norman Jewison’s production company, Yorktown, and the Emmy-winning film “The Devil’s Arithmetic,” during her tenure as president of Dustin Hoffman’s production company, Punch Productions.

Complementing her lauded film and teaching career, Moore has given back to her community through volunteer work and creative efforts, including championing UNCSA’s The Unity Project, a celebration of uniqueness and our interconnected nature. The acclaimed project is now incorporated into their new student orientation annually. She was also the faculty advisor to the UNCSA student group Artists of Color, where she mentored students in navigating higher education and preparing to enter the entertainment industry.

Moore earned her Bachelor of Arts in political science from UC Riverside, and her Juris Doctor from UCLA School of Law. Outside of her professional pursuits, she enjoys traveling and collecting art.